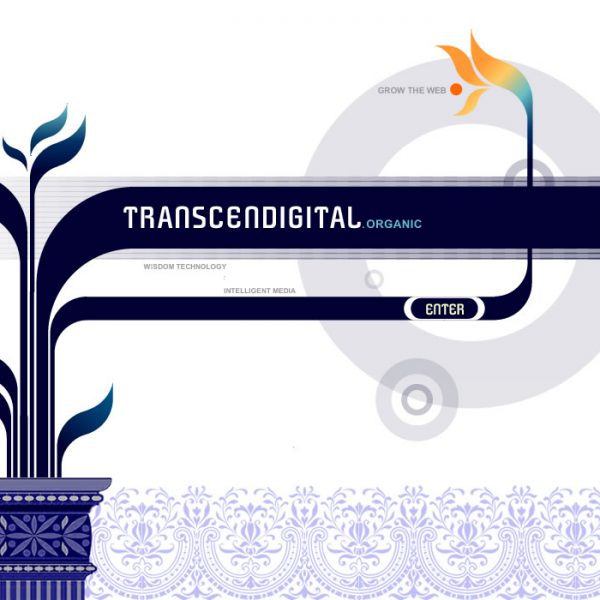 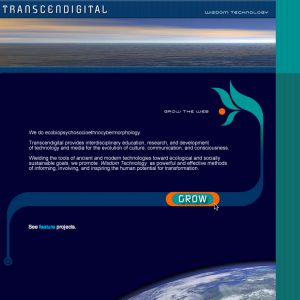 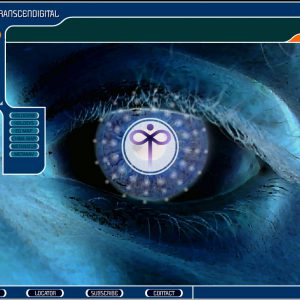 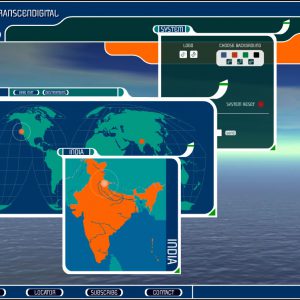 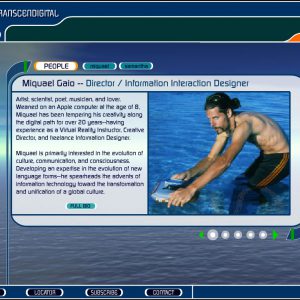 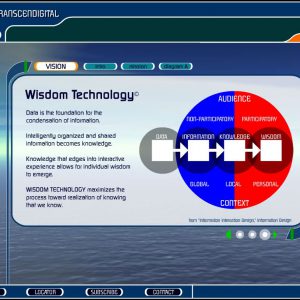 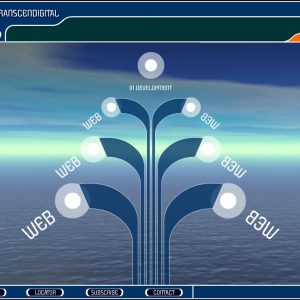 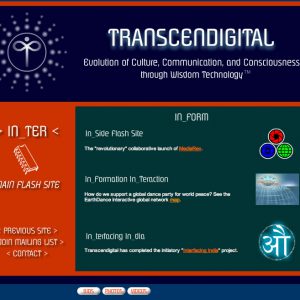 
Transcendigital is one of my first professional and personal websites created in 2000–during a time when the “wild west” of the San Francisco Internet frontier was at the peak of it’s original boom.  Two years earlier, I had followed my intuition and taught my self how to create compelling interactive media with a newly emerging technology called Flash.  Transcendigital became an early canvas to express an emerging vision for how information technology and transcendental philosophy may converge.  Along side declarations of my vision and intent as a new media designer, the website is crafted to meet a certain multi-sensory and globally expansive aesthetic that was intended to demonstrate how visual interface interactivity, data visualization, and real-time motion graphics can instill a sense of enchantment and deeper meaning to users.  “Evolution of Culture, Communications, and Consciousness through Wisdom Technology” remains and sustains as a driving mission for several other more recent projects.

I created everything on this website: from visual design, interaction design, audio design, and programming.

Transcendigital became the host for the Interfacing India project in 2001.