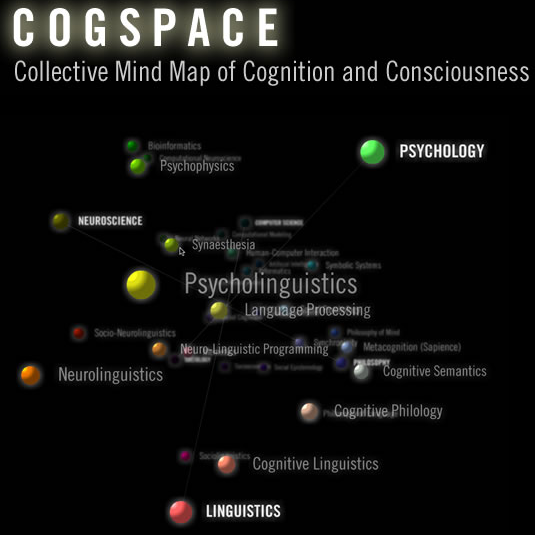 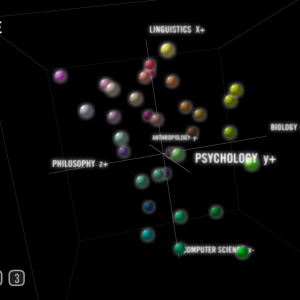 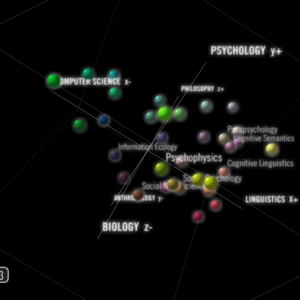 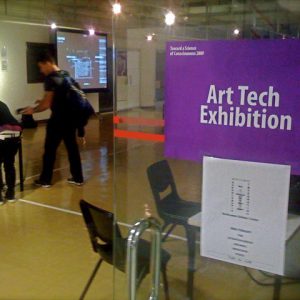 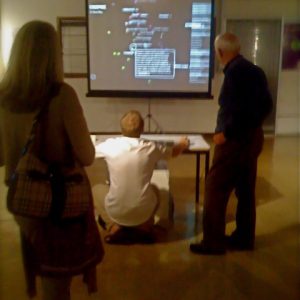 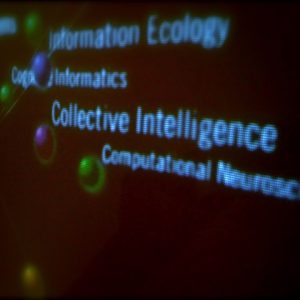 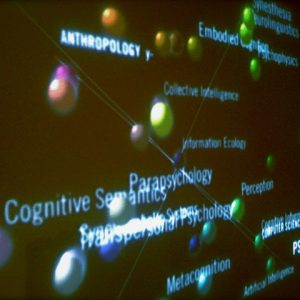 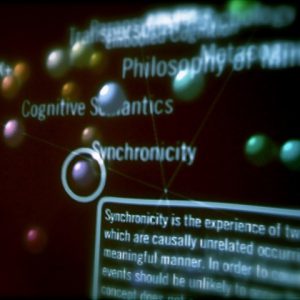 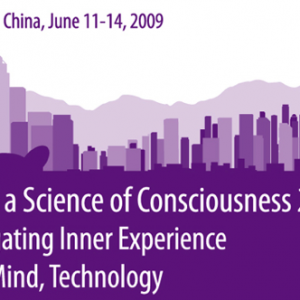 
CogSpace is an interactive, multimodal, and collectively formulated visual mind map of Cognitive Science and Consciousness Studies research.  As a visualization of the various scientific and academic approaches toward understanding mind and consciousness, a unified and comprehensive overview is achieved that orients our collective approach in the field of consciousness research as a whole.

The model is based on a 3-dimensional axiomatic conceptual framework that assigns six (6) formally established primary knowledge domains of interdisciplinary Cognitive Science (namely: Psychology, Anthropology, Neuroscience, Computer Science, Philosophy, and Linguistics) as dual pair terminal points to the geometric polar axis (x+, x-, y+, y-, z+, z-) of the Cartesian coordinate system. Within this general axiomatic conceptual framework, many more specific knowledge areas are plotted as subdomains (such as Artificial Intelligence, Cognitive Semantics, Language Processing, Psychophysics, Sociolinguistics, Game Theory, Symbolic Systems, Human-Computer Interaction, etc). The position of each sub-domain point is correspondent to it’s relative magnitude of association to the six primary terminal points of the framework. Each sub-domain’s relative metric of associations is derived by collective consensus, the averaging of variable determinations provided by a diverse group of people (and is, therefore, also a representation of a collective perspective of consciousness research, not merely the perspective of a single individual or isolated disciplinary field).

I conceived, designed, and developed CogSpace in Flash and ActionScript.

The evaluation of the metric positioning of each sub-domain was determined by a process of collective consensus. A diverse group of people (including scientists, artists, scholars, independent thinkers, laypersons, and others) were invited to participate in “voting” for the placement of each specific knowledge sub-domain within the model. Participants could also introduce new knowledge sub-domains into the field for collective review and placement.  The design of the project was thus a dynamically evolving “democratic” or “collectively intelligent” cartography of our collective approach to understanding mind and consciousness.

CogSpace was exhibited at the Exploring Consciousness with Art, Technology, Media, and Design at the Asian Consciousness Festival in Hong Kong in June 2009.  See photos of the exhibition. 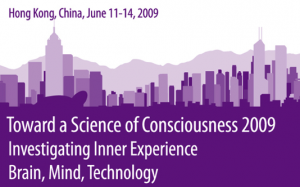