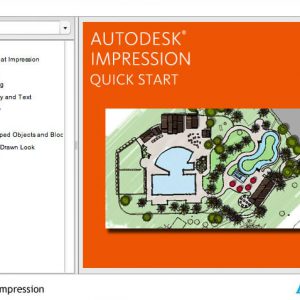 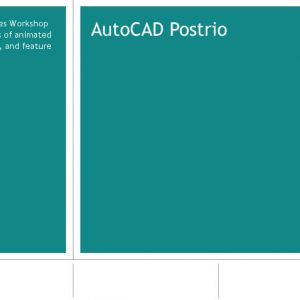 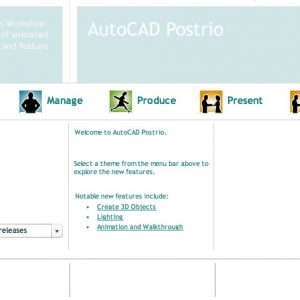 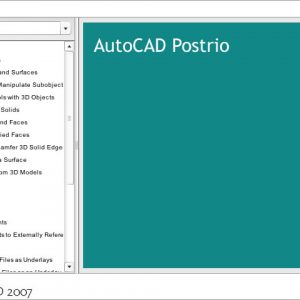 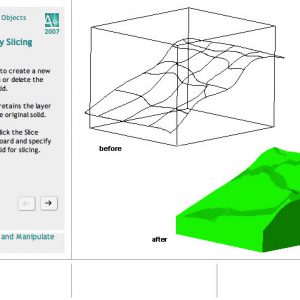 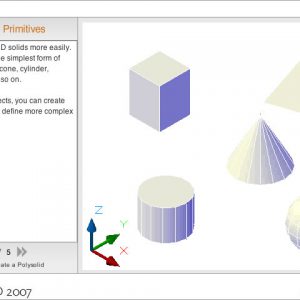 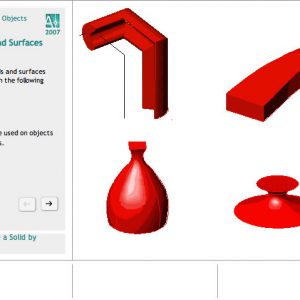 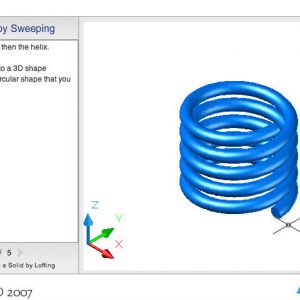 
Autodesk’s AutoCAD was the first commercial software application for computer-aided 2D and 3D design.   Initially released in 1982, AutoCAD has been extremely well adopted, and has influenced the work of a majority of architects and designers for decades.

For each new public release of the AutoCAD software, new software features need to be introduced to people in an easy and intuitive way.

Autodesk brought me in to redesign and program the New Features Workshop as an integrated element of the 2006 release of AutoCAD.

I worked with Autodesk to plan and produce the next version of the New Features Workshop element to be established within the AutoCAD software with Flash technology.  I produced system schematics, wireframes, and storyboards for the new information system, interface, and demonstrated interaction flows.  I then created UI graphic assets, conducted programming, and organized the system architecture to accommodate all current new features content, and be future-friendly for all new content introduced with each release of AutoCAD going forward.

My Flash expertise resulted in the production of the interactive New Features Workshop: an efficient, usable, and engaging system and interface for presenting new features content for the AutoCAD software releases in 2006, 2007, 2008, and for each new AutoCAD release since then.  The same New Features Workshop module was also applied to the initial release of Autodesk’s Impression software in 2006.  This work has allowed countless architects and designers a more efficient and engaging way of learning new software features with each AutoCAD release, improved overall industry productivity, and increased the value of Autodesk’s featured software platform.